What goes into a creation this size?  First, we have to estimate on how many balloons this sculpture would need.  Normally with our Super-structures, and some of our larger balloon 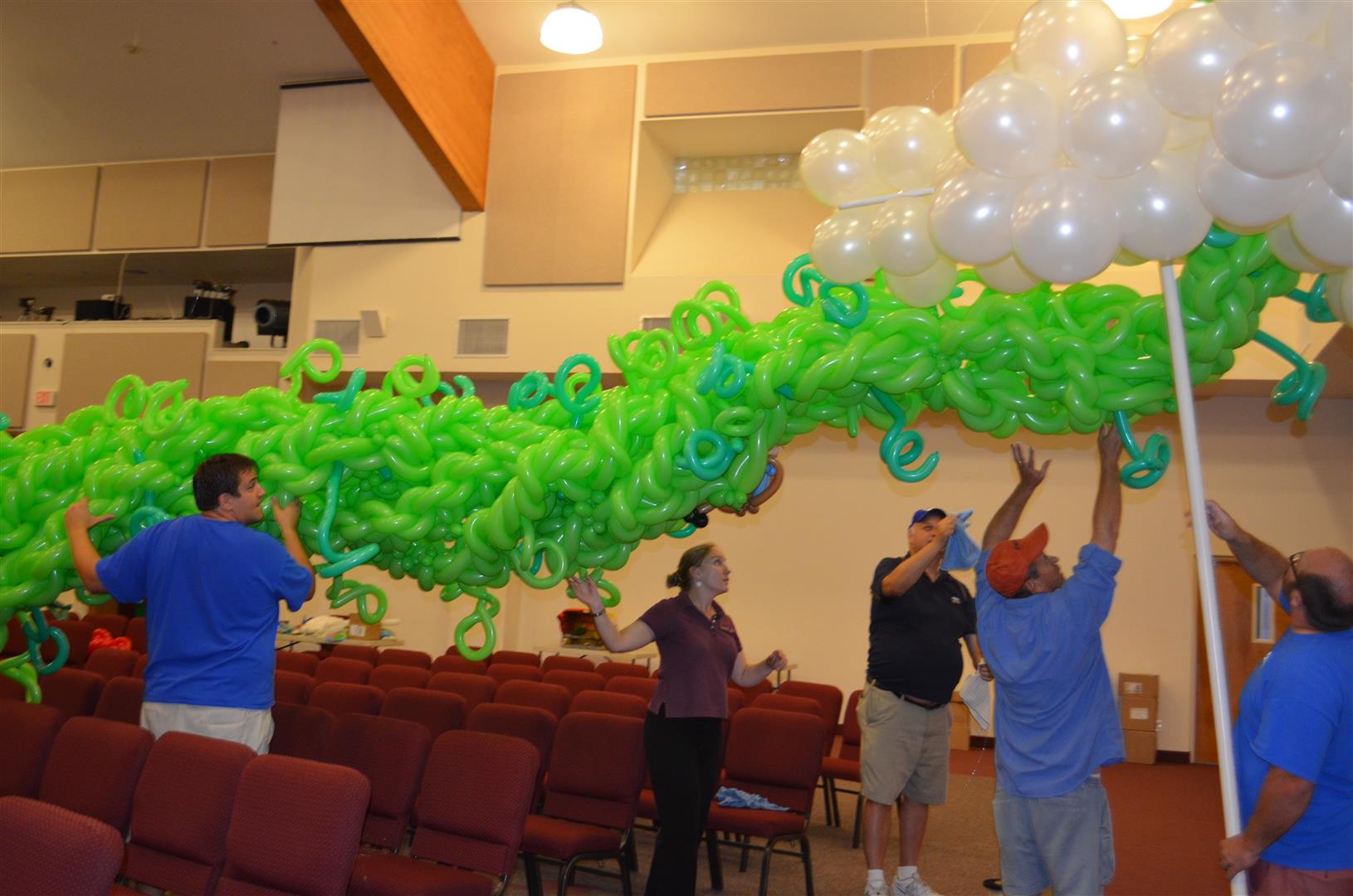 decorations and decor, we have to order from a couple different suppliers as our orders are large enough to clean them out of certain colors.  Then once we have the plan, it’s time to start the balloon twisting itself.  The bulk of this creation was built only by two balloon twisters, Alexandra and I.  We worked for about 10 hours creating the stalk itself.  As with what happens sometimes when making a unique structure, about 2 hours into it, we realized the design was not going to have the impact and look we wanted.  So we proceeded to take everything apart and start over.

When the beanstalk itself was finished, we then created several clouds to make the cloud cover and made sure the stalk continued through the clouds, giving the illusion that it would go on forever.  The final addition, was to add a balloon recreation of Jack to the beanstalk.  We then attached a small PVC support to the clouds.  This was the only non-balloon support in the entire sculpture and was used only to give us something to tie off to and elevate it.  When it comes to raising our Super-Structures, falling is not an option.  We have an agreement with Joe Mahler, who literally wrote the book on knots, several books on knots to be exact.  He has assisted in raising the majority of our balloon Super-Structures, including our full size Biplane.  Although he’s technically not a balloon artist, his help on these creations is invaluable.  With his help, we raised this two and a half story fairytale creation to the ceiling.

Looking back, magic beans would have easier, but this was much more fun.